Bergmann dumpers are taking over the North American market

Right in time for its 60 year company anniversary, Bergmann Maschinenbau GmbH & Co. KG is celebrating its proverbial breakthrough onto new shores: For this first time, the manufacturer's dumpers will be sold in North America as well. The first machines have already arrived at the general importer in the USA.

The transatlantic partnership was sealed at the start of the year with the founding of Bergmann Americas Inc. This company, headquartered in Spartanburg, South Carolina, will act as an exclusive Bergmann sales partner and serve the US, Canadian, and Mexican market. The company will behave like a general importer and provide the German manufacturer with access to the network of American distributors.

"We are up for the challenge and look forward to making Bergmann and Bergmann Americas Inc. the best in product support along with the best dumpers in their class", according to the ambitious goal of the American company's President Kevin O’Donnell. Bergmann Americas Inc. is led by the management trio of O'Donnell and his partners Sterling Roberts and Tom Hartman. 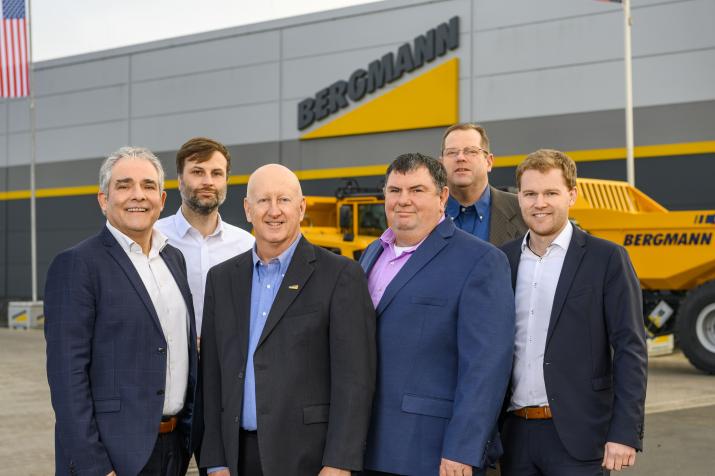 Their counterpart on the German side, Hans-Hermann Bergmann, already has a high opinion of his company's new ambassadors: "A professional local infrastructure and support are decisive for a long term success. We are glad and thankful, that Kevin, Tom and Sterling decided to become our partners in the most important market outside of Europe. They are extremely experienced and we look forward to benefiting from their expertise and market knowledge", he explains.

All three have many years of experience in the industry and an extensive network of contacts, which includes a number of distributors who have already stated their interest in selling "Made in Germany" dumpers: " We have seen great enthusiasm from potential dealers and customers already, prior to the machines arriving", reports O’Donnell. With Ascendum Machinery, Bergmann already has its first reputable distributor in North America. "A number of others are already in the works", the President goes on to say.

For this family company from the Emsland region in Germany, the strategic entry onto the North American market is a true milestone and, as Hans-Hermann Bergmann is convinced, "the best imaginable start into 2020". He views the competitiveness of his company on this new market to be guaranteed with this strategic partnership: "With Bergmann Americas Inc., as our exclusive general importer, I know that our dumpers are in the best possible hands", says Bergmann. 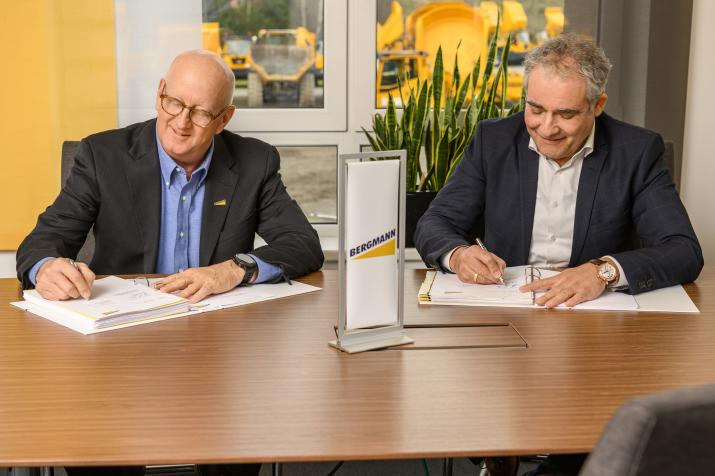 According to analysts from Statista, the North American market for construction vehicles has shown itself to be robust in recent years. Around 195,000 machines were sold in 2018 alone. An increase to approx. 225,000 machines is expected for the current year. Sales figures in Europe, however, show a decline from approx. 178,000 to around 165,000 machines for the same time period.

For the first time, the Bergmann C815 and C912 dumpers will be presented to a wide audience of experts at the CONEXPO-CON/AGG trade show in Las Vegas in mid-March. O’Donnell promises a lot from this appearance: "People have taken notice of the Bergmann activity from social media and are looking forward to seeing the quality of the equipment at CONEXPO-CON/AGG."

Part of the Bergmann Corporate Group.